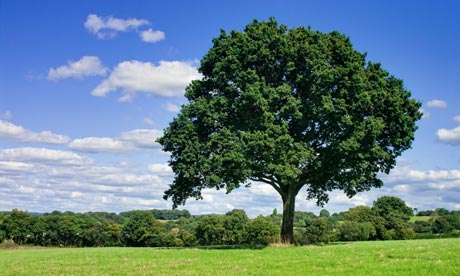 So what do you do to save a tree you don’t want someone cutting down?

You get a TPO – a tree preservation order – put on it.

But how do you do that?

You get onto the council’s planning department . You can write to the Planning Department, Thanet District Council, PO Box 9, Cecil Street, Margate, Kent, CT9 1XZ and/or email them on planning.services@thanet.gov.uk . Or, if you prefer, ring 01843 577150.

Tell them where the tree is and why you think it shouldn’t be cut down.

Good reasons to save it include…

how good it looks

how important it is to the landscape, your view

how it stops you just looking at boring old buildings,

how important it is for the wildlife – the birds, insects etc.

Other phrases that may help, depending on where the tree is…

“It is a significant neighbourhood amenity.”

“Cutting it down will only create pressure to remove more trees.”

“It’s a stepping stone… linking together the few remaining havens for wildlife.”

“It ‘s in an open landscaped areas.”

Tell them, too, any reasons you have for thinking the tree might be under threat.

you believe the person who owns the land wants to get rid of it to build something there,

or – on a smaller scale – the landowner doesn’t don’t want it shedding leaves on their path or spreading its roots about their garden and so on.

The council will check that the tree is “healthy and stable”.

Watch out for this as they will often justify cutting a tree down by saying it’s “diseased”. It may or – may not be – diseased enough to cut it down.

So, if you’re really serious about saving this tree, get hold of a tree expert to give you an independent opinion and pass this onto the council.

Finally, ask the council when they’re likely to make their decision about the TPO and then chase and chase them up.

If you don’t make headway with the planning department, contact your councillor in Thanet District Council and ask her/him to do something about it. 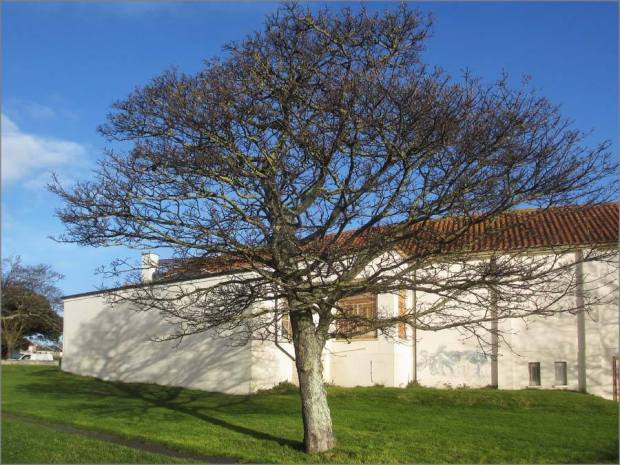 It’s a lovely morning, you’re going down the road – then suddenly, you have this strange feeling… Something’s missing.

Something wonderful and beautiful.

It was part of your world. But now it’s gone.

It was a tree!

People who come to live in Thanet often notice that trees in short supply.

And those trees which do exist show a frightening tendency to disappear overnight.

It’s horrifying – and not just because trees make the world less ugly.

Trees are vital entities which, ultimately, we can’t live without.

But at least now there’s somewhere you can go to register your support for, delight in and solidarity with for Thanet’s trees.

It’s a Facebook page called Trees Please and this is the address:

Go there, join up. Save Thanet’s trees. We need them. 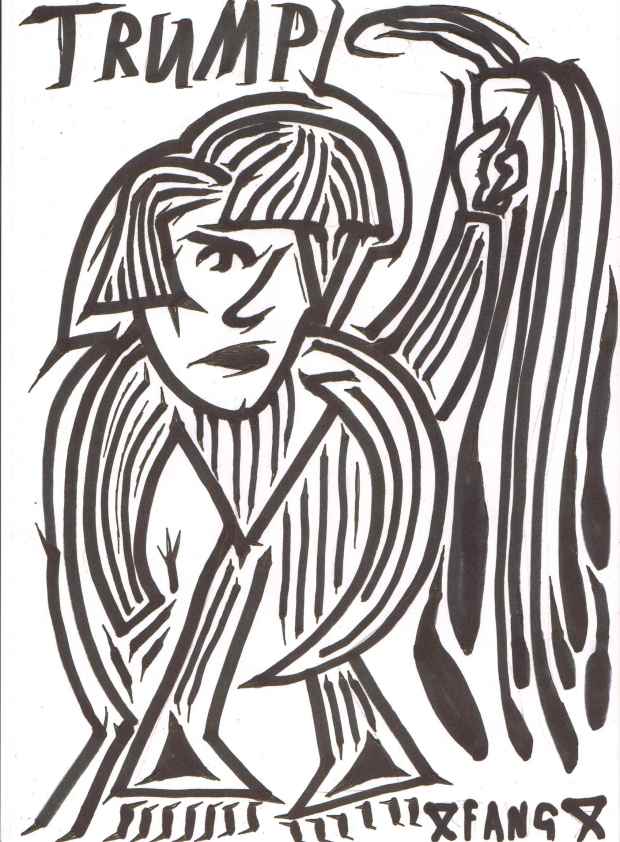 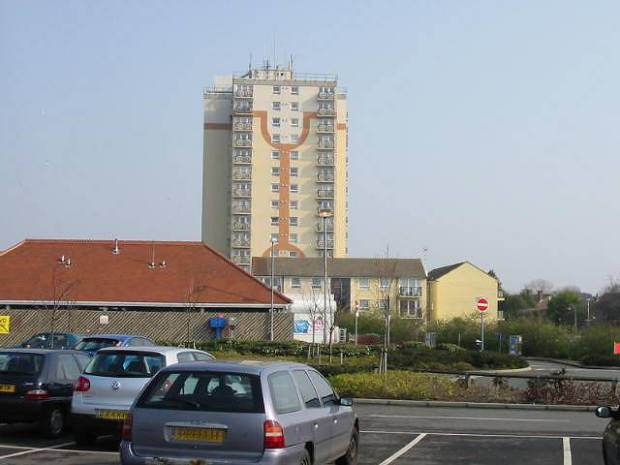 On Thursday 21st of January people in Newington, Ramsgate, will go the polls to choose someone to represent them on Thanet District Council.  The election has been caused by the resignation of the UKIP councillor Vince Munday. Newington is a high unemployment, high poverty area. Below a woman, who’s lived in Newington all her life, gives her view about the coming election.

When you say you live on the estate, some people give you a look.

That’s because they think we’re all single mothers on drugs and benefits, hopeless people.

Half the people haven’t got jobs. Lots and lots of people are on the sick. Lots of the don’t go to school and there are gangs who cause trouble.

There’s a lot of brains around here that’s all messed up.

But families around here still stick up for each other,  and are kind to each other, I’ll say that for them.

Mostly things are bad because people haven’t got any hope, anything to look forward to.

When my gran and grandad lived here, back in the ’50s and ’60s there was work.

That’s why they built these council houses, because in those days the country NEEDED working people.

But they took the jobs away, didn’t they?

In the ’80s they just closed everything down.

Mrs Thatcher, she closed the mines, factories. She just wanted the country to live off the banks and the get rich quick city types. Loadsamoney people.

She wasn’t interested in working people or working class jobs, so she got rid of them all.

So people around here they were left like marooned here.

Stuck on an island on Island Thanet.

And so when the Labour Party or UKIP or the Tories or anyone comes around here looking for votes, that’s what I’m going to ask them…

What are you going to do to bring the jobs back?

Don’t talk to me about immigrants, because it wasn’t immigrants who landed us in this mess.

You can blame the immigrants for everything, but it’s not true.

It wasn’t immigrants who took the heart out of this place.

It was Mrs Thatcher and her sort who decided you could close the mines down because they didn’t turn a profit.

But then years later, they decided banks had to be kept going no matter how much they they lost

No, they shouldn’t cut our benefits – because that’s just going to make things worse.

But that’s still not the real answer, is it?

We want jobs, that’s the answer.

Not part time, not zero hours.

And that’s what I’m going to say to anyone who comes to my door looking for votes. 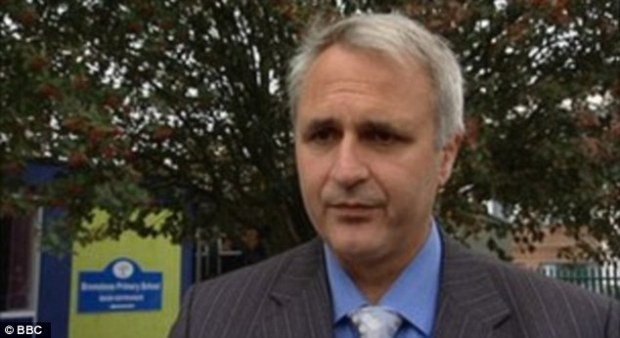 There has been uproar over the unexpected closure of the Royal School For The Deaf in Margate with many people calling for its reopening. But NIGEL UTTON, until recently head of Bromstone Primary School in Broadstairs, takes a different view

I’m afraid I won’t be signing any petitions about saving the Royal School for the Deaf.

When I was a head-teacher in Thanet, my school had close links with the Royal School, as we did with all the special schools. My staff and children learned British Sign Language and we welcomed many BSL users into the school.

My school was recognised as the most inclusive school in Kent. We did our best to cater for all children’s needs whether they were physical, psychological, intellectual, social, racial, religious, sensory or gender issues.

I know some of you swapped your children from other schools because of my school’s welcoming reputation. The teachers at the Royal School were doing a wonderful job from what I saw and have amazing skills.

I just don’t believe that in the 21st century there is any need for segregated education.

Their skills should be used in all schools. Our society gets better when our children learn to love each other by being together, not segregated.

Kent is probably one of the least inclusive counties with its dreadful selective system at age ten, which is why the battle for fully inclusive education here, with a grossly unfair funding system eventually defeated me.

Despite this at Bromstone we proved that it can be done and it is a wonderful thing.

This is what I think our Labour Party should be fighting to establish.

the watch
Create a free website or blog at WordPress.com.